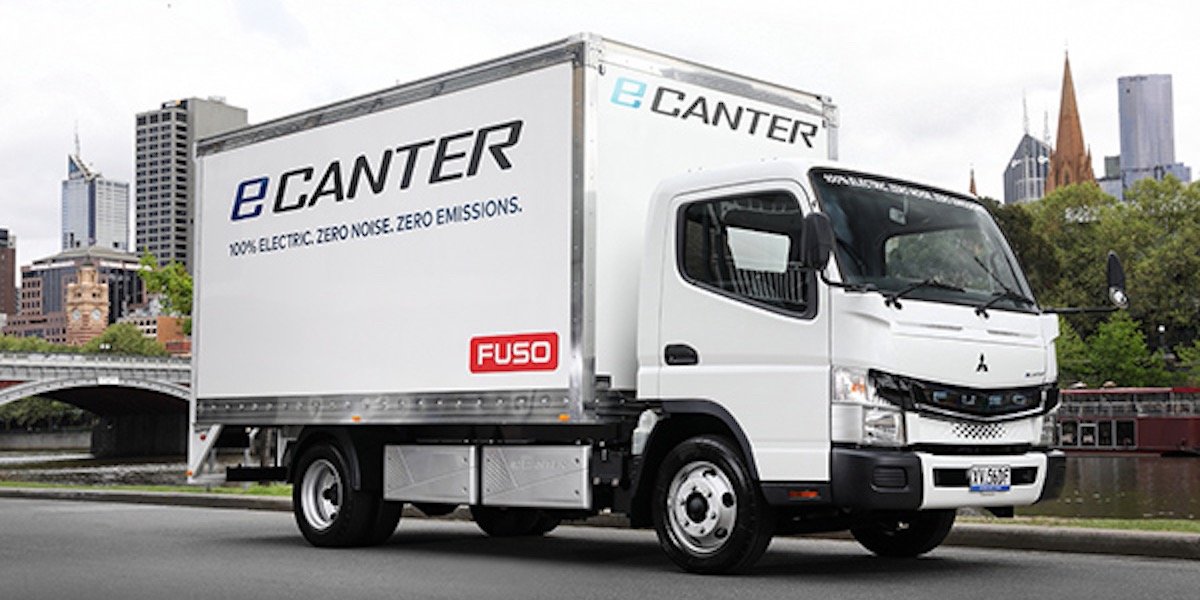 That is the opinion of Australia’s leading commercial vehicle journalists who were given an exclusive test drive of Fuso’s revolutionary eCanter, the world’s first series production electric truck, in Melbourne recently.

The road test provided a tantalising taste of the model, which emits no exhaust pipe emissions and will be soon be made available in small numbers in Australia.

Three key elements stood out for the road testers; the ease of driving, the serenity of the cabin and the potent acceleration. Most of all, the writers said the experience was nothing like that of existing trucks.

"Simply pressing the accelerator does not create any extra sound, but the truck takes off like a bullet," says Diesel magazine’s Tim Giles. "The driver is pushed back into the seat by the swift acceleration and the most eerie part of the feeling is the fact that it is not accompanied by any noise."

Indeed, the rapid acceleration made an impression on all the testers.

Steve Brooks from ATN and Owner Driver explained: "The acceleration of the electric truck was stunning, pushing its 4.5 tonne mass from 0 to 60km/h in a twitch over seven seconds."

The performance is not surprising given the nature of electric motors, with maximum torque available instantly. Power output for the eCanter is 135kW, while 390Nm torque is available. The electric motor can also be used to slow the truck as well, working like a retarder that simultaneously slows the truck, captures energy and saves the truck’s service brakes.

The quietness and ease of driving stood out to all the testers, with Geoff Middleton of TruckSales commenting: "It’s remarkably quiet, easy to drive and comfortable. In fact, I came away from the drive feeling quite refreshed."

Tim Giles came away from the truck convinced that it would be able to handle the demands of metro trucking. "The main impression from driving this truck is just how easily it appears to do the job," he said.

The eCanter test truck the journalists tested ran six lithium ion batteries and could be fully charged in less than two hours with a CHAdeMO type charger. The test truck’s range came in at a little over 100km, but that is expected to increase in future along with the development of battery technology.

Daimler Truck and Bus Australia Pacific President and CEO, Daniel Whitehead, explains the eCanter is the first series production all-electric truck developed with the might of the world’s largest truck manufacturer with a global reach.

"It was not bolted together in a shed, but developed and tested by Daimler over a number of years, starting off life as the Canter E-Cell prototype that operated in its first public test program in 2015," he said.

"The eCanter will come with all the benefits of being backed by an established truck maker, including the assurance of parts, service support and warranty coverage provided by our national Fuso dealership network," Mr Whitehead said.